After attending several workshops two weeks ago, I’ve decided that I need to try harder at Science notebooking.  I’m just so-so at it, but I really need to step up my game and get my kids using them–more often than not.  It’s a hard balance to strike…how much time do you need to have a science activity and how much time do your kiddos need to put something in their notebook.  Solution–have your kiddos do them at the same time.  Older kids are very capable of doing this, so why shouldn’t the little ones learn this too?

There’s also the balance between using the journal/worksheets that came with your science series and letting your students create their own tables, graphs, and charts to record their information in.  Ultimately, I want my kiddos to be able to have everything student created, but in order to get them there, sometimes you will have to give them a pre-made graphic organizer or table, just so you can actually collect information during that lesson. 🙂

Where are you at with your science notebooks?  How do you use them with your students?  What are you finding successes with and what are some challenges you face?

Last week, we were learning about seasons and I asked my kiddos to draw what each season made them think of or something (an event or type of weather that typically happened during that season).  I gave them four post-it notes and the only thing I told them was to label the top of each note with the name of the season (I provided these so that we could move on from stretching out the words and move on to the season activity). 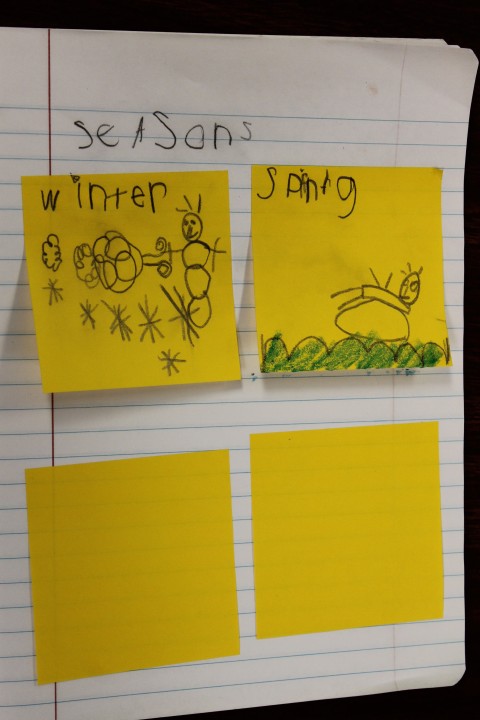 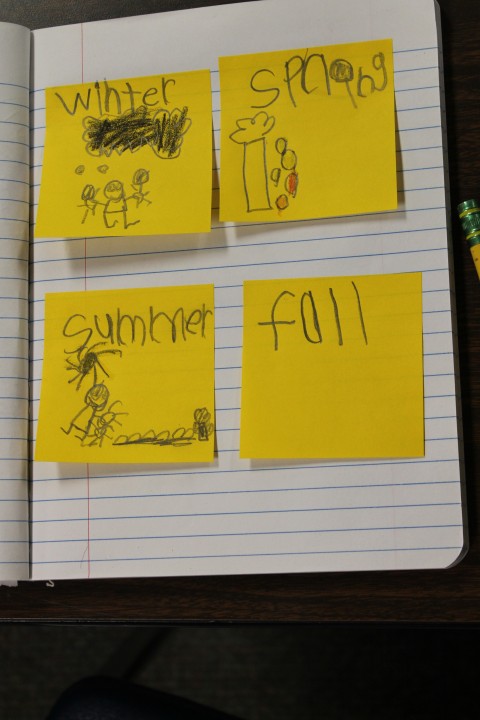 Posted on February 18, 2013, in Science Notebooks. Bookmark the permalink. 2 Comments.