We have started learning simple addition, so I came up with a simple game my kiddos could use on their own to help them develop the idea of putting 2 groups together.

We first used the 5 frames and dice.  The kiddos would roll a die and place that many of one colored cube on their 5 frame.  They would then fill in the rest of the spaces with their second color.  They then turned to their partner and would say “2 blue and 3 green make 5.” Then it would be the other kiddos turn. I numbered the die from 0-5 so that they could not roll more than 5. 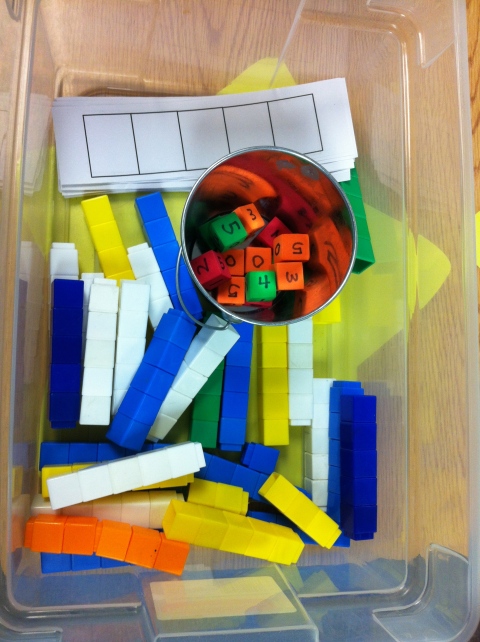 We then played again, but instead of dice, we used spinners!  Same game, just a way to change it up a bit so it would seem new to them! 🙂 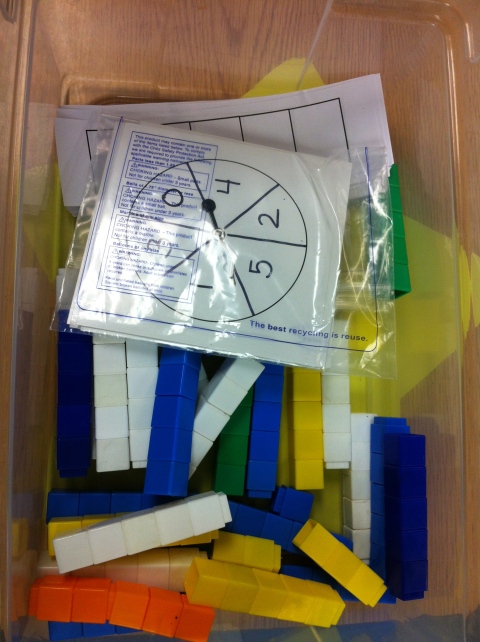 We spent a day playing each of the ways mentioned above and then another two days playing the same games but with a recording sheet.  I got the recording sheets from my Math Their Way blackline masters.  It is a 1/2 page with 5 cubes linked together.  The children had to color their recording sheet to represent the cubes on their 5 frame.

The 2nd way we will be using our 5 frames is during our Literacy time next week.  Part of what we are doing to develop literacy skills is counting the number of words in sentences.  The children will each get a 5 frame and a stack of 5 cubes (none of the sentences will have more than 5 words in them).  As I say the words in the sentence, the children will place a cube on their 5 frame for each word they hear.  You could also use these to count sounds heard in words. 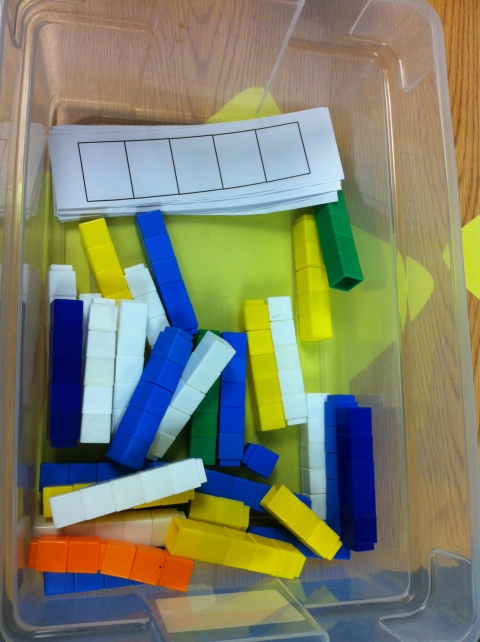